New general collection of voyages and travels: consisting of the most esteemed relations, which have been hitherto published in any language: comprehending everything remarkable in its kind, in Europe, Asia, Africa, and America, with respect to the several empires, kingdoms, and provinces; their situation, extent, bounds and division, climate, soil and produce; their lakes, rivers, mountains, cities, principal towns, harbours, buildings, &c. and the gradual alterations that from time to time have happened in each: also the manners and customs of the several inhabitants; their religion and government, arts, and sciences, trades and manufactures: so as to form a complete system of modern geography and history, exhibiting the present state of all nations; illustrated not only with charts of the several divisions of the ocean, and maps of each country, entirely new completed, as well as new engraved, by the best hands, from the latest surveys, discoveries, and astronomical observations: but likewise with variety of plans, and prospects of coasts, harbours, and cities; besides cuts representing antiquities, animals, vegetables, the persons and habits of the people, and other curiosities: selected from the most authentic travellers, foreign as well as English.

Back to main resource 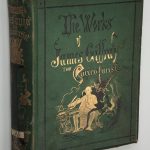 The works of James Gillray 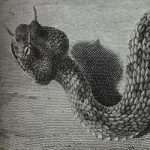 Select Specimens Of Natural History Collected In Travels To Discover The Source Of The Nile, Egypt, Arabia, Abyssinia and Nubia 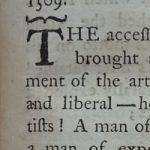 Anecdotes of Painting in England

Thomas Layton collected books, coins, and archaeological items (usually described as ‘antiquities’) for 70 years. In that time he had accumulated what has been described as “probably the largest collection of London antiquities ever amassed by a single individual”.

The vast majority of items are believed to have been bought at auctions. Some came to him from his men working on the river. His businesses provided opportunities for finds from dredging, building of bridges and embankments along the banks of the Thames, for which Layton paid good money. Even by the standards of the day Layton kept poor records of where items were found. Despite this, the collection is considered highly important particularly to archaeologists and pre-historians.

8,000 from the 16th century to 19th century, remain in the collection, together with a small collection of manuscripts and some of Layton's personal papers.

Search the book catalogue which documents Layton's collection of over 6,000 books.

Thomas Layton lived in Brentford, Middlesex between 1826 and 1911...read more

Discover materials for teachers and students created by our partners.